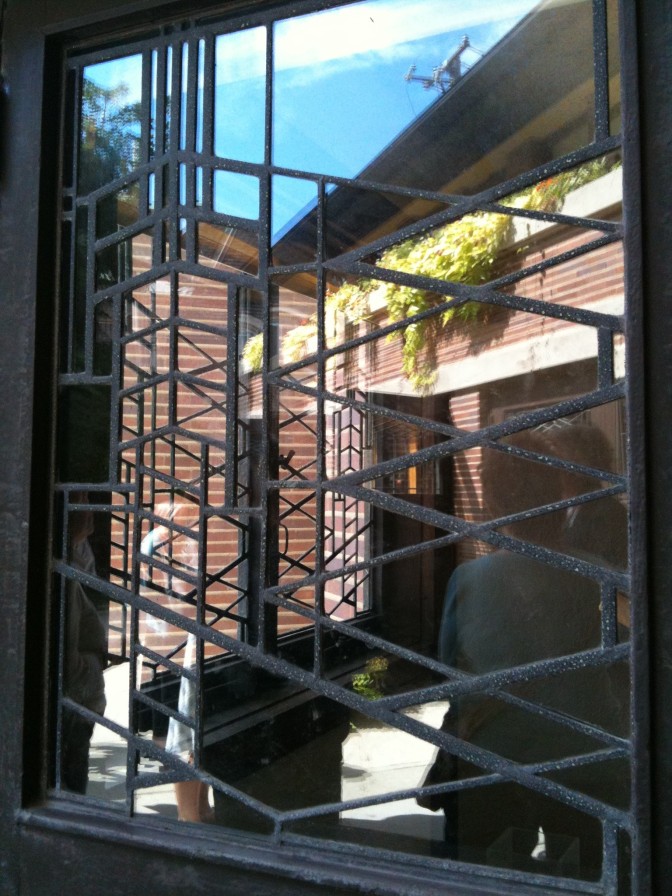 My favorite Wright building is still Falling Water, but the Robie House is far and beyond much more exemplary of Wright’s detail in glasswork and woodwork.

The house’s exterior is well preserved, but I was disappointed to see the condition of the interior. But after learning, on the guided tour, about the rough history of the house, its amazing it still survives. I think the house would benefit greatly from some example furniture to help set the context of the interior experience.

Another example of the progress in technology, the cantilevers made possible, especially on the front deck are astonishing. No detail was left unconsidered, even a workaround for the typically vertical drain pipes were not allowed so as not to disturb the horizontal style of the house. 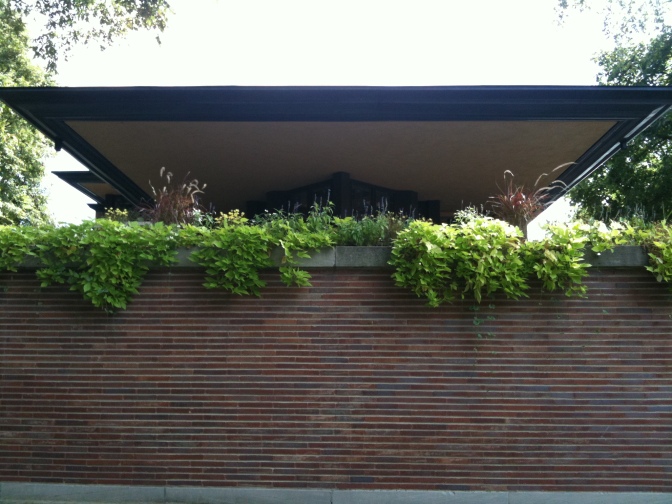 On the tour, the concept of “compression/ expansion” was mentioned over and over- Wright used this play of space to keep people moving along. I wish I had some video (no photos allowed inside) to show this to you.